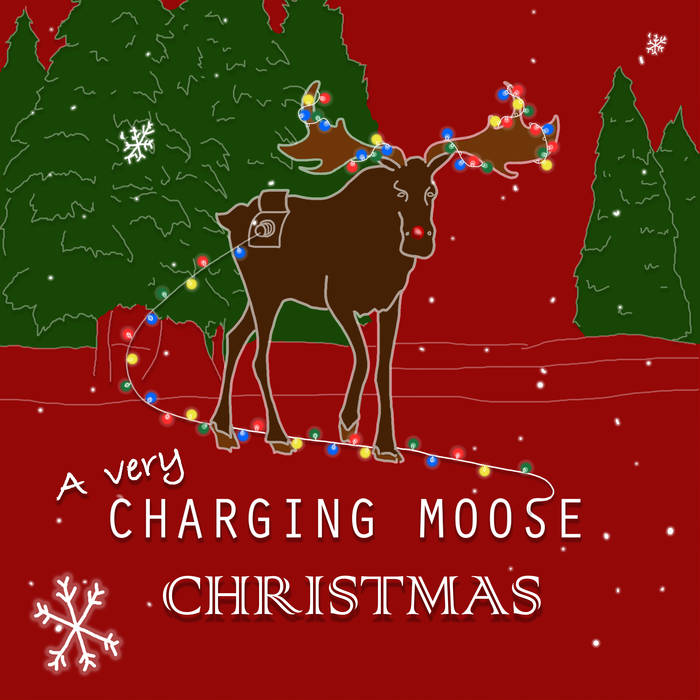 A 14 year tradition for Marcus Thorne Bagala and his family now comes to Charging Moose Media. It is a combination of gorgeous sounds, sweet melodies, and perfect voices. And I would dare to say, it is incomparable with any other Christmas album done before. In three words, it is innovative, novel, enjoyable.
It’s a mix of new original music and old carols and hymns that are in public domain. It is performed by a mix of local (NYC) indie bands and a couple of broadway performers. Included also is Gabriel Violet who was a contestant on The Voice. Stylistically it runs the gamut, but is all pretty pop friendly.

I know I said it was incomparable, but if I had to align it with a collection of sounds, it’s reminiscent of Gregorian chant mixed with Sufjan Stevens, and a dash of Lisa Hannigan. These are some of my favorites, which means, this album has a special place in my heart.
Get the biggest bucket out there for all these name drops. With performances from New York theatre alums such as Spring Awakening, Once, Fun Home, Spamilton, and aforementioned The Voice contestant Gabriel Violett. Please also note that red carpet staples such as Matt Rodin from Broadwayworld’s School’d, New York music artists like Common Jack, and Cast Party. Also, Whiskey and Wine, songs composed and arranged by veterans of theatre, film, and radio such as NBC’s The Voice​, NPR’s This American Life, Unlock’d, and would you believe it? More. This album is sure to be a staple in your holiday rotation. Go listen honey!